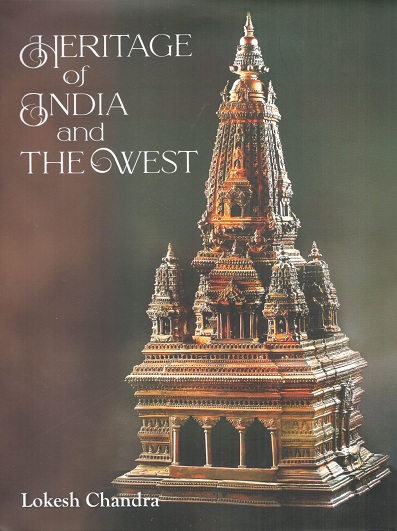 Heritage of India and the West

It is a survey of the researches of Indian, Asian and European savants on the evolution of life and thought from the transcendent visions of the Vedic samhitas to srauta and grhya rituals, from philosophical speculation to the social order of the Smrtis, phonetics to grammar, from Brahman of the Upanisads to the Bodhi of Lord Buddha. Scholars from the East and the West have collaborated in critical editions of rare works in Sanskrit, Chinese, Japanese, Tibetan, Mongolian, Tangut, Burmese and Old Javanese. Facsimile editions of rare Buddhist texts like the Gilgit Manuscripts and the 108 volumes each of the three editions of the Kanjur (Mongolian, Urga and Narthang) represent the supernal endeavours of Buddhism to enrich the lands of Tibet, Tanguts, Mongolia and Buryatia in the north; to China, Korea and Japan in the east, to Srilanka, Myanmar, Thai, Cambodia, Laos and Indonesia in the South East of Asia. The transmission of scripts, language of Hochkultur, magnificent architecture of sanctums, introduction of agriculture and creation of kingdoms: all came about as writing expanded communications. Creation of a national language for India for modern needs has been detailed at length. Indology in the Netherlands, Germany, Czech Republic, Romania and Hungary are living presentations. From voyage to Bali in ancient galleons to the strangely first ever Sanskrit broadcasts by the Voice of Germany have inspired India. The richly woven enigmas of Sanskrit culture across the globe, both as heritage and as academics, form the wide-ranging studies of scholars in these volumes.