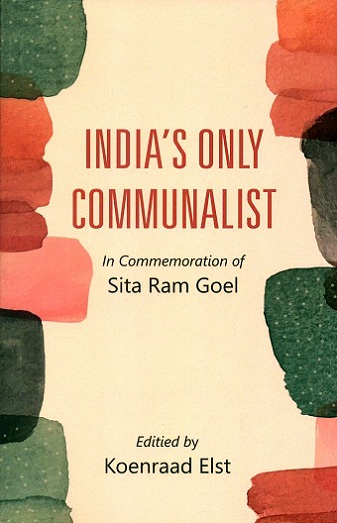 India's only communalist: in commemoration of Sita Ram Goel

On 3 December 2003, in his home in Delhi, 82-year-old historian and publisher Sita Ram Goel passed away. He was one of India's most important thinkers in the post-independence era. His writings are central to the recent Hindu awakening in the country that is now growing rapidly to world prominence. While his guru and colleague, Ram Swarup, laid the spiritual and philosophical basis for the movement, the detailed analysis and in-depth articulation was supplied by Mr. Goel. The current generation of Hindu writers owes a lot to him for charting a clear course for them to follow. As this movement develops, his work is bound to become yet more significant. Sita Ram Goel was a prolific writer, adding translations and historical novels to his long list of scholarly publications. His books on historical and religio-political issues, written in finely chiseled English (his Hindi being no less distinguished) with scrupulous attention to facts and sources, are indispensable to every serious student of India. Though the English-language media continue to shun his name, his influence is proving to be significant and growing. Discussion of jihad is now all the rage, often found in the front pages of newspapers, but no one mentions the important books on the subject written or published by Sita Ram Goel, the best introductions available on the theory and practice of Islam, compiled by drawing upon both Islamic scripture and history. As a scholar, Sita Ram Goel is best known for his incisive and uncompromising analysis of Communism, Islam and Christianity as political ideologies and of their impact on Indian history. His range of knowledge, however, was much wider, from ancient history to contemporary literature. This in contrast with the illiterate but pretentious posturing by some eminent academics of the opposite school in India and abroad. He sometimes made his task of gaining support for his views unnecessarily difficult by his way of expressing dissent, e.g. by openly courting the label Hindu communalist, which clashed with some people's excessive sensitivity to his candid language. Happily, there are now winds of change and the ideas he propounded are proving their worth. It is time that the people of India, the media in particular, gave him his due. In the passing of Sita Ram Goel, India lost a scholar, writer, publisher, and creator and mentor of a vigorous school of thought rooted in Sanatana Dharma. Because of his leadership role on the side of Hindu and human values during the central ideological struggles of the second half of the 20th century, his family and friends have considered it fitting to bring out this commemoration volume in his honour. It contains 18 contributions written independently of one another. Some are purely testimonial or biographical, others set out to continue his work by taking on historical or ideological controversies. Ideologically too, they span a spectrum from pro-Sangh to anti-Sangh and from a focus on economic or political to one on cultural or religious issues. This corresponds realistically to Sita Ram Goel's actual spectrum of interests and involvements.;