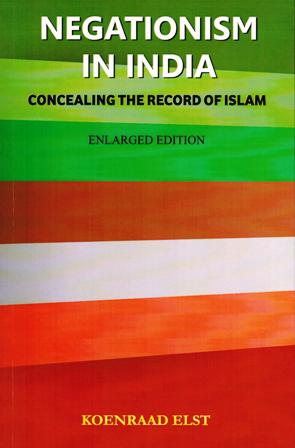 Negationism in Europe usually means the denial of the Nazi genocide on the Jews and Gypsies in World War 2. Less well-known is that India has its own brand of negationism. A section of the Indian intelligentsia is trying to erase from the Hindus' memory the history of their persecution by the swords-men of Islam. The number of victims of this persecution matches that of the Nazi crimes. The Islamic campaign to wipe out Paganism could not be equally thorough, but it has continued for centuries, without any moral doubts arising in the minds of the persecutors and their chroniclers. The Islamic reports on the massacres of Hindus, the abduction of Hindu women and children to slave-markets, the destruction of temples and the forced conversions, invariably express great glee and pride. They leave no doubt that the destruction of Paganism by every means was considered the God-ordained duty of the Muslim community. Yet, today many Indian historians, journalists and politicians deny that there ever was a Hindu-Muslim conflict They shamelessly rewrite history and conjure up centuries of Hindu-Muslim amity, and a growing section of the public in India and in the West only knows their negationist version of history. It is not a pleasant task to rudely shake people out of their delusions, especially if these have been wilfully created, but this essay does just that.;This essay was started as an expanded translation of a Dutch-language book review of Sitaram Goel's Hindu Temples: What Happened to Them, written for the KUL periodical Inforient.;;THE AUTHOR;;Koenraad Elst (Leuven 1959) dist-inguished himself early on as eager to learn and to dissent. After a few hippie years he studied at the KU Leuven, obtaining MA degrees in Sinology, Indology and Philosophy. During and following a research stay at Benares Hindu University, he did original fieldwork for a doctorate on Hindu nationalism, which he obtained magna cum laude in 1998. As an independent researcher he earned both laurels and ostracism with his findings on hot items like Islam, multiculturalism and the secular state, the roots of Indo-European, the Ayodhya temple/mosque dispute and Mahatma Gandhi's legacy. He also published on the interface;of religion and politics, correlative cosmologies, the dark side of Buddhism, the reinvention of Hinduism, technical points of Indian and Chinese philosophies, various language policy issues, Maoism, the renewed relevance of Confucius in conservatism, the increasing Asian stamp on integrating world civilization, direct democracy, the defence of threatened freedoms, and the Belgian question. Regarding religion, he combines human sympathy with substantive skepticism.; ;;