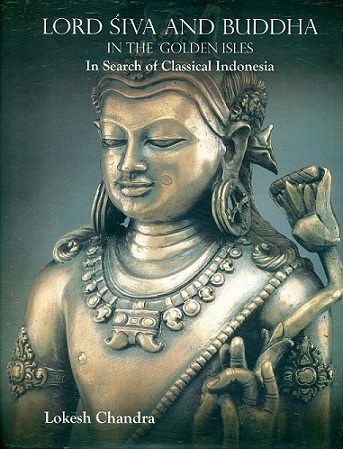 Lord Siva and Buddha in the Golden Isles: in search of classical Indonesia

This volume narrates the shared culture of India and Indonesia for fifteen centuries in the domains of polity and societal norms, language and literature, architectonics and aesthetics. This interflow began in the first century but is documented by the inscriptions of Mulavarman and Purnavarman around 400 AC. Indonesia shared with India words and kavyas, Mahabharata and Ramayana, Saiva and Buddhist philosophy, wayang and lakons, sculptures and paintings, dance and music. From the Classical centuries down to the hymn to Merdeka `Freedom' from Sanskrit Maharddhika, to the architectural wonders of Prambanan and Borobudur, or the jottings and sketch of President Sukarno in the diary of Prof. RaghuVira are a panoramic view. In the words of Toynbee Borobudur holds my heart: it is a holy of holies for me. A new interpretation of the reliefs of the Borobudur enriches the chapter on `Buddhist monuments, texts and icons'. Continuation of the Kawi-Sanskrit heritage in modern names and in Bahasa Indonesia in general, `Sanskrit in Indonesia' by Prof. Jan Gonda and its translation in Bahasa by Prof. Harimurti Krida-lakshana, the letters of the alphabet as auspiciousness - recall the rich intensity of the Hindu-Javanese tradition. Ramayana Kakawin in its Zen-like simplicity, as reliefs at Prambanan, as a guide to good governance in the advice of President Suharto, in the wayang ballet which moved Charles Chaplin to say dying at such a moment could only mean one thing: happiness, or in the comparative study of the OJ and Sanskrit versions - all create the mindscape of valorisation. Mahabharata in the literary and performing arts, or new treatises like `The Pious Bhima' (Bima Suci), cleansing the village and Mahabharata are presented here as the multiple aspects of what Prof. Supomo termed Javanisation of the Bharata and the Sanskritisation of Java. Chapters on `Exploring Old Javanese literature' (poetry, didactics, grammar, purana, Chandahkarana: the art of writing poetry), `Bali: the Isle of Temples', historic and linguistic heritage of Malaysia and Philippines, illumine the thought of the Golden Isles.;The book is a homage to the extensive field-work and intensive researches of Prof. RaghuVira, his children, disciples and friends: Indians, Indonesians and Europeans. ;It investigates the diverse vicissitudes of cultural history as a unique phenomenon of two cousin cultures. The sky-kissing candis, kakawins, parwas, wayangs are melodies that resonate in the carnival of Time and in the kiss of the Eternal. Here you may hear the conch shell resounding on the coconut leaves on the shores of the seas sanctified by the Temple of Varuna, the only one in the world.;